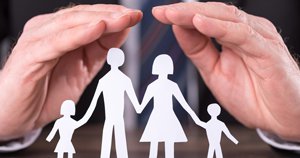 However, the study also revealed that fourth quarter new premium declined one percent compared with 2016. This was the result of decreases in universal life and whole life sales, LIMRA researchers said.

LIMRA also reported a 1 percent decline in sales by policy count, with a 3 percent policy-count decline for the entire year.

In the fourth quarter, whole life (WL) new premium decreased by 4 percent, even though nearly 6 in 10 carriers showed positive growth. For the year, WL new premium was flat, something that hasn’t happened since 2005. The product accounted for 35 percent of the total 2017 life insurance market.

Meanwhile, LIMRA said universal life premium in 2017 dropped 4 percent in the fourth quarter, but posted a 1 percent gain for the year.

Indexed UL (IUL) increased 9 percent in the fourth quarter. For the year, IUL showed an 8 percent gain. IUL represented 59 percent of UL premium and 22 percent of all individual life premium, the best performance since LIMRA began collecting IUL data in 2006.