Each day seems to bring more news of cyber-attacks and breaches that cripple businesses around the world. But if you’re like most insurance agents and financial advisors, at a certain point you just have to move on from these events to the work that drives your business forward—approaching prospects, doing sales presentations, closing deals, and servicing your clients. If you don’t, you won’t be around for long. 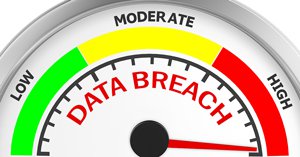 However, experts suggest it’s also time to give cyber-security a larger share of your attention. Why?  Because threats are accelerating markedly, putting firms like yours at an increased risk of experiencing a devastating cyber-loss. Consider these statistics:

As if these findings weren’t alarming enough, the NetDiligence 2016 Cyber Claims Study showed the financial impact of cyber-breaches is spreading to firms of all sizes and industries, especially to smaller firms in the financial-services space. According to the study, which analyzed 183 submitted cyber-insurance claims from 2013 to 2015 . . .

Given numbers like these, you’d think small business owners, including insurance and financial advisors, would be focusing intently on cyber-security. Yet research reveals a surprising amount of complacency. For example, according to the National Cyber Security Alliance:

Bottom line: even though you must focus on running your business each day, it’s no longer wise to put cyber-risks in a mind bucket entitled, “It Will Never Happen to Me.” It’s time to make sure you understand your cyber-risks, mitigate the security holes in your network and computer hardware, and develop a response plan in the event the worst happens.

To help you with these tasks, watch for Parts 2, 3, and 4 in this series, where we will discuss the regulatory challenges of cyber-security, best practices for staying safe, and the benefits of having cyber-insurance in place before a loss occurs. Here’s to safe computing!

Working From Home and the Effects of the Coronavirus